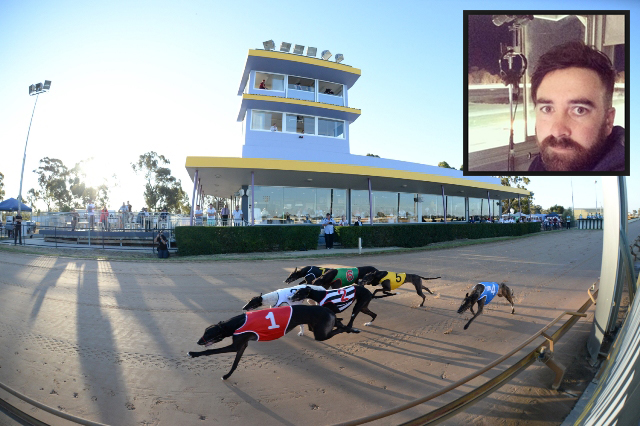 
Five outstanding heats of the CKH Painting Shepparton Cup (450m) will be run Monday Night and some super dogs will be competing for their place in Friday night’s $67,000 final.

The five heat winners and three fastest second placegetters will make it through.

Here are my thoughts on each heat, the first of which is Race 4 on the card and is scheduled to run at 8:12pm.

Matt Jackson says: I think it is a race in two between Dalgetty and Fuelish. Dalgetty (4) is a brilliant young dog who took out last year’s Geelong Cup. Drawn a little awkwardly, he is armed with plenty of speed so he should be able to overcome that draw. I think he will be too good. Fuelish (5) was awesome in his Warragul Cup heat win but missed away in the final and never threatened. Beaten here in fast time last start he will take improvement from that and can challenge Dalgetty. Other chances to Paua To Roar (1), who is perfectly drawn, the promising Unique Replica (6) and Grand Intention (7), who will be flying home. SELECTIONS: 4-5-6-1

Matt Jackson says: Once again I think this is a race in two between Shared Equity and Dewana Result. Shared Equity has been a finalist in both the Cranbourne and Warragul Cups so far this year and draws ideally to make her third country cup final this season. She has high speed and will be hard to beat. Dewana Result (8) will be having his first run for the Jason Thompson kennel and loves the 450m here at Shepparton. The draw should suit for him to get clear running and if he puts it all together like he can he should just about win. If there was to be an upset it could be either Droopy’s Bentley (6), who is resuming, or Royal Knocka (7), who is absolutely flying. SELECTIONS: 8-2-7-6

Matt Jackson says: Here I’m very keen on Big Ticket (1). He’s drawn perfect to use his terrific pace. A strong run when runner up to To The Galo’s in the Warragul Cup, he draws better than him here and I think he can turn the tables. I think Slick Ice (8) is the danger. He is airborne currently and even though he is dropping back to the 450m he will get clear running from Box 8 and he is very good. To The Galo’s (6) was awesome in his Warragul Cup win, breaking the 460m track record in the process, so if he repeats that here he will go very close. The other winning show is Smart Missile (5), who has drawn horribly but is the fastest dog in the race. SELECTIONS: 1-8-6-5

Matt Jackson says: I feel there are four strong winning hopes here. Spring Missile (1) is drawn well and was a wonderful all the way winner in a heat of the Warragul Cup (460m). He would need to lead here to win so the start is all important for him. Rare Pearl (2) is a beast but has the bad habit of getting very wide which is a concern from his draw. If he gets clear running he has a monster finish and can charge home over the top of them. Bearville Azza (4) has raced very well in Group 1 races recently so this is a drop in grade. He goes fast early and if he finds the front he will take some beating. Black Frenzy (6) has been brilliant at his last three starts. He is devastatingly quick early and if he leads he will win. SELECTIONS 6-4-2-1

Matt Jackson says: This is the most open of the heats and it wouldn’t surprise if any one of five or six of these greyhounds win. Arby (2) almost broke the 390m track record here at Shepparton last week running 21.75. He steps up in trip which is the issue but he will be in front and the one to catch. Aston Bolero (3) will be in the prime spot chasing and he will be coming home strongly. Proven Kodiak (5) has been in wonderful form in NSW for new trainer Mark Azzopardi but draws awfully here. Unlawful Entry (6) is the best dog in the race but has a horror box to overcome and Rivergum Drive (7) is very smart but might struggle to get over (to the rail) from out wide. It’s a very tough race indeed. SELECTIONS: 2-3-6-5

It’ll be a cracking night of racing with four heats of the Dash for Cash (390m) on the program too. I hope this has helped steer you into some winners.