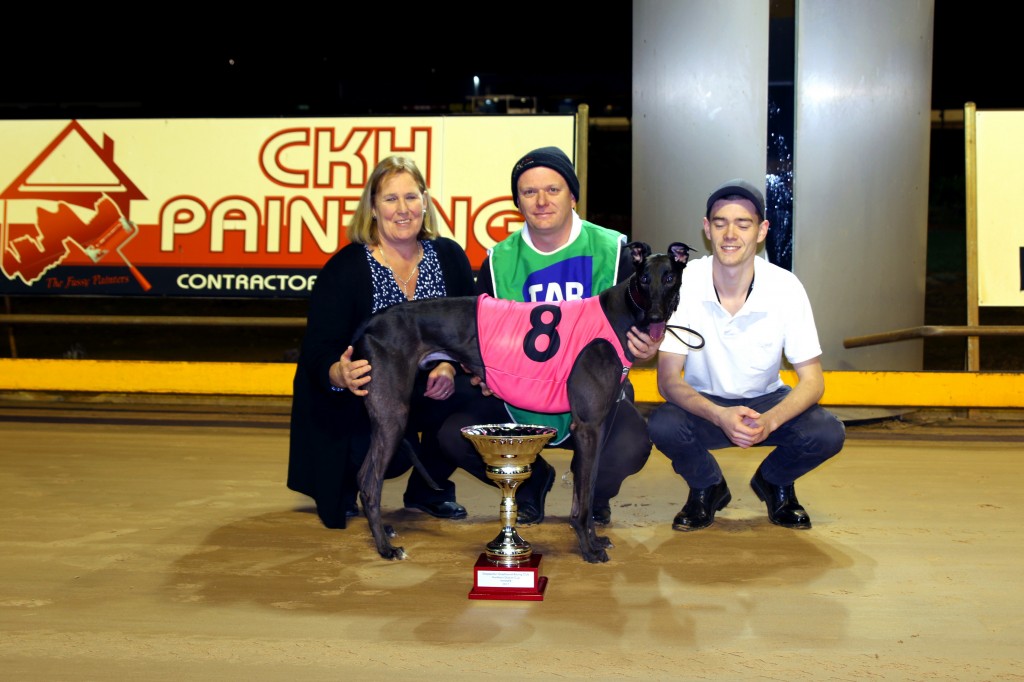 Northern Districts Cup winner is ‘sure to excite’


Aptly named youngster Sure To Excite is certainly living up to his moniker, claiming his sixth win from eight starts with a sparkling victory in the Listed Northern Districts Cup at Shepparton last Saturday night.

While Sure To Excite doesn’t turn two until late August, owner/trainer/breeder Graham James boldly targeted the Northern Districts Cup before he’d hit the racetrack and James’ long range plan came to fruition as he celebrated his greatest moment in a quarter of a century in the sport.

A son of Goodesy and Paua To Excite, a granddaughter of the great Paua To Burn, Sure To Excite was the fastest qualifier for the $25,000 to-the-winner Cup and the $2.10 favourite continued the promising start to his career, scoring by two lengths in 25.19sec.

“This is the biggest win we’ve had in 25 years in greyhound racing and it makes it even more special when you breed them,” a justifiably proud Graham James said.

“It’s very early days with him – he’s still a very, very young dog – but he is exciting.

“When he was 17 months old I took him to Shepparton for a look. He hadn’t raced at that stage but I rang my wife on the way home and said I was going to put him in the Northern Districts Cup. 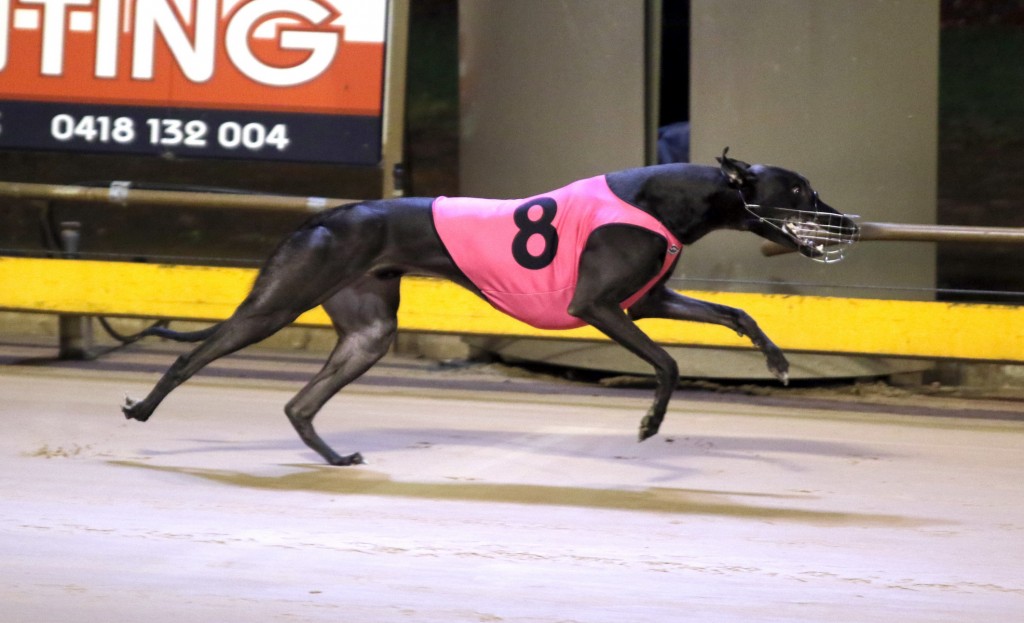 Sure To Excite crossing the line of in the Northern Districts Cup at Shepparton last Saturday night. Photo credits Jade Media Photography.

“That was three months out from the race but we weren’t going to take him to town for the first two or three months and I thought it was a really nice race to put him on the map. I can be pretty smart about it now but it’s the first time in 25 years that a plan has actually worked out!

“He handled box eight really well. You want to draw the red but if he’d drawn the red I wouldn’t have been as confident, only because he’s never drawn inside. He does rail but he’s had no luck at all with box draws so far. In his eight starts he’s drawn four sixes, two eights, a four and a five.”

James and 17-year-old daughter Chloe work full-time with their greyhounds and Sure To Excite’s dominant Cup victory was especially satisfying as they’ve been hands-on throughout the entire journey with the homebred excitement machine.

WATCH: Sure To Excite win the Northern Districts Cup final at Shepparton from box eight.

“We had the mother, Paua To Excite, we bred the litter, whelped them, reared them and pre-trained them,” James said.

“We bought Paua To Excite off Dave Jones and Steve White. She’d had a fall and lost a bit of confidence but she had some ability, although Sure To Excite is obviously a bit better than she was!

“This is Paua To Excite’s first litter. Goodesy isn’t a fashionable sire but from a limited number of services every now and then one of his pups pops up that can really run and we’ve been really blessed to get a dog like Sure To Excite.” 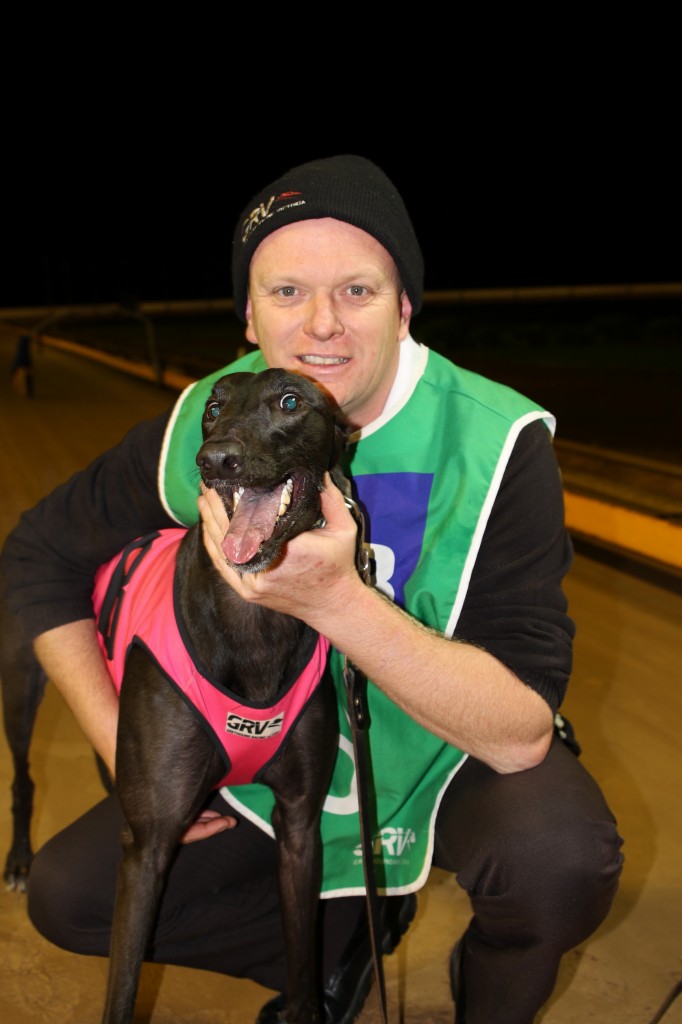 James’ focus will now shift to Thursday night’s Group 1 triple header at Sandown Park, where he’s sweating on an unlikely scratching to elevate first reserve Azurite into the field for the main event, the $175,000 to-the-winner RSN 927 Sandown Cup.

While James would love Azurite to sneak into the Sandown Cup he’ll settle for $15,000 worth of consolation in the Cup Night Stayers, which would be his second Listed success in a week.

“It’s highly unlikely Azurite will get a run in the Sandown Cup but she’s drawn the red in the Cup Night Stayers and we’re pretty happy about that, although there’s a bit of a difference in prizemoney!” James laughed.