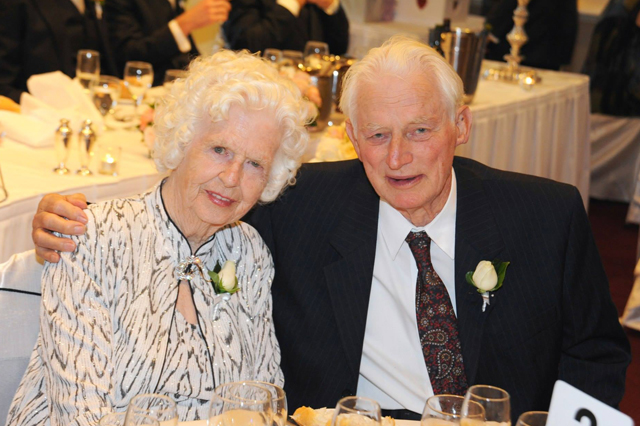 
The Shepparton Greyhound Racing Club is saddened by the recent loss of Kelvin ‘Kel’ Tremellen, aged 93.

The Tremellen family has had a long association with greyhound racing, and in particular the Shepparton GRC, with Kel being a founding member of the club in 1973.

“The Tremellen family has long been one of the most prominent families involved in greyhound racing in the Shepparton region,” said Carl McGrath, Manager of the Shepparton GRC.

“The family has four generations of involvement in the sport, including Kel’s father, Frederick, who had greyhounds,”

“Kel’s son Terry was the first Secretary of the Shepparton GRC, while Ross, another of his sons, was President of the Club.”

“Kel, Ross and Terry have all received awards of acknowledgement from the club for their contributions to the club and the greyhound racing industry.”

Kel is pictured above with his wife Merc at their their 70th wedding anniversary, which they celebrated last year. Sadly, Merc also passed away recently.