The black sprinter, who was the most experienced greyhound in the $67,000 final with 58 starts to his name (35 wins), secured the fourth Shepparton Cup for trainer Jason Thompson.

Thompson had the three favourites in the race, with Aston Bolero paying $4.30 when defeating the fast-finishing American Monster ($9.20) and Shima Song ($32.20) in a spectacular finish.

The Peacerdale trainer was surprised that Aston Bolero was third in the line of betting during the week behind his other finalists Invictus Rapid and Sleek Master.

“I’ve been saying all week that Aston Bolero is my best chance,” Thompson said. “He’s won 35 races including the Bendigo Cup, so he was the most proven dog in the race.”

Aston Bolero made amends for his last placing in the last Shepparton Cup, run in February, when he was the favourite.

Thompson will now set his superstar for the panel-selected Group 1 Topgun at The Meadows, provided he is selected, before aiming for the $50,000 triple country cups bonus in the Ballarat Cup in December. 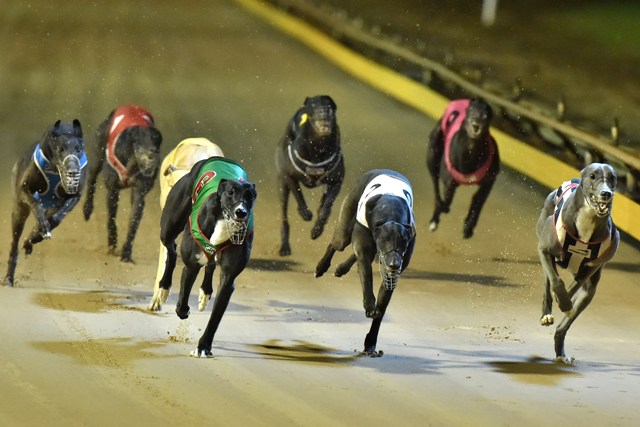 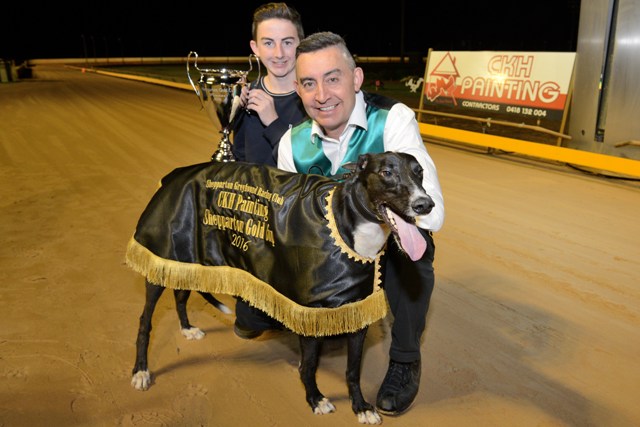 Aston Bolero with trainer Jason Thompson and son Luke with the Shepparton Cup.