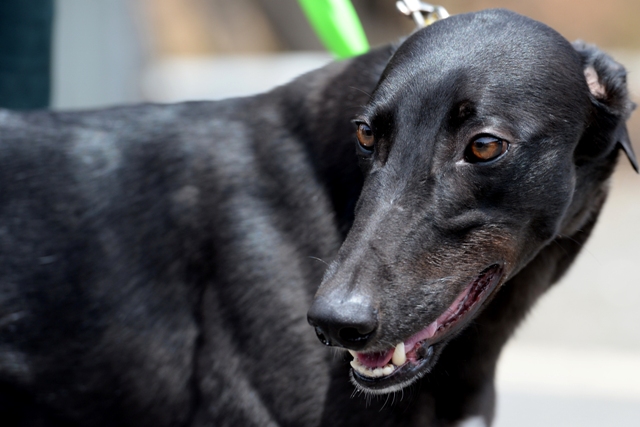 
Tonight Greyhound Racing heads to Shepparton where we have three heats of the Northern Districts Cup. They look jam packed with quality so hopefully we can find a winner or two.

The first heat is Race 5 and All Courage (6) looks extremely hard to beat. He has won his past two starts at Shepparton in brilliant time (Replay). He isn’t a brilliant beginner so he will rely on luck early but he is very strong. He would only have to be within two lengths on the turn and he should be able to run home over the top of them.

Main danger for mine is To The Galo’s (7), who is armed with high early speed I think he can cross and lead and from there he will take a stack of running down. If the fave gets in any trouble he could cause the upset. I also think Kraken Brad (8) looks suited drawn out and should be able to get a run over outside To The Galo’s. He was an impressive Bendigo winner two starts ago. Other chances to Zoe (1), Proven Scary (3) and Wolfpack (4). Here is the win of All Courage last week.

Heat Two seemingly looks the strongest heat. Disco Rain (2), pictured above, tore a monkey muscle back in Feb at Ballarat but has shown he has taken no ill effects from that with two wonderful performances back from a spell. He was awesome winning at Bendigo first up in 23.65 (Replay). He raced there last Friday and won again in fast time and from Box 2 here he has terrific speed, should be leading and be very hard to beat. He is a serious dog.

.
“Disco Rain tore a monkey muscle in Feb but has shown no ill effects from that with two wonderful performances back from a spell. He is a serious dog”
.

Main danger certainly is Soda Lad (3). This guy has won six of 12 and four of six here at Shepp over the 450. He flew here last week winning in 25.21 which was the best of the day. He isn’t always a reliable beginner but seems to have nailed the start at his home track. If he jumps with Disco Rain we might see one hell of a race. They look the clear top two but it wouldn’t surprise if six or seven different dogs were the winner in this race headed by Elbow Room (6) and Proven Kodiak (7).

The last heat certainly is the toughest of the three. I thought Kraken Flash (8) would be very hard to beat here especially from the outside. She put together five wins on the trot recently but hasn’t had any luck at her last three. Having little luck in a Horsham Cup heat last week she was spotted flying home at the end of that race (Replay). This is a drop in grade and she should give this a big shake. Danger is Kraken Conan (5), a very quick short course sprinter who also has a brilliant record over the 450 here. Even though she is drawn a shade awkwardly she can overcome that with a fast beginning and she should be in it for a long way.

Other chances here to Miss Suzie Q (1) who hasn’t had any luck recently but she is well drawn on the rails,  Daphne’s Party (3), who bounced back into winning form last start with a terrific win at Bendigo last start. Proven Chops (6) is resuming here but has shown really good ability in his short career thus far and Cosmic Lily (7), who is very fast and looks suited drawn out. It is a highly competitive race.

Other good bets on the night include Rum Island (4) in the first event, Fancy Assassin (1) in Race 4, in Race 9 Tammy Baxter (6), who has a wonderful record here at Shepp and looks suited with having nothing drawn inside her and Scanez Elect (8) in the last, who won here well two starts ago.

All in all it looks a terrific night of racing at Shepp. Hope this helps you find a winner or two. Good luck and good punting.
.
.
Shepparton Formguide: Click Here

Watch: Kraken Flash (2) storms home in a heat of the Horsham Cup last start.
< Previous
Next >